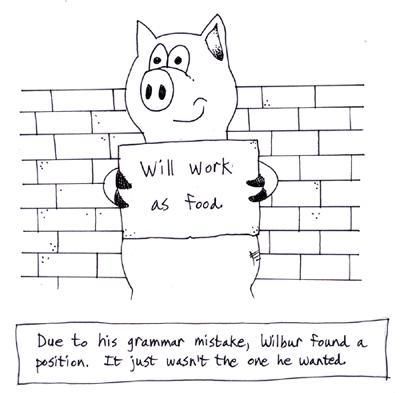 Logical flaws in writing are common with new writers and those who just wish to fill the sheets or screens with some words without thinking if they add any value to a reader. If you read such sentences, the flaws are too easily recognized and I often get surprised how writers are still making them.

Perhaps the problem is that such logical equations only demand a common sense and there is no guide book on how to use common sense in writing!

I am presenting a few examples here with a logical argument on each to explain why they are illogical and, why they should either not be written at all, or should clearly be modified to make sense.

Objectives and goals may actually mean the same thing unless you are using them literally as used in academic documents. Even if you are correctly identifying them as different concepts, the sentence still contains a logical flaw for objectives are not used to identify goals but to achieve them. Goals are always broader than objectives, that are more specific. So, you may say that goals help you identify the objectives but the vice versa is most likely incorrect.

The report is significant to the researchers and managers as it helps to analyze and evaluate the study.

Here, the report actually refers to the study which is conducted which has resulted into creation of the report that is talked about. Let us remove the additional words and get down to the key subject and predicate arrangement of the sentence to understand it better.

It would look somewhat like this – The report helps to evaluate study – The logical flaw again!

Isn’t that obvious? Any marketing student or rather any student would know that marketing strategies would lead to marketing actions. What else would they stand for? If the writer had mentioned specific actions then the sentence could still add some value.

Take the example above which talks about competitive advantage and then explains the same as a concept that sought competition and maintains the competitive edge. Mere repetition of what the word “competitive edge” already says. What would you comprehend from this? Perhaps the sentence is actually of no use and can be simply eliminated.

Marketing strategies are futuristic and looks forward for further development.

Futuristic itself means that you are looking forward to the future development so you may not actually need to say that twice unless you are explaining the meaning of the word to a child or filling up the definition in a dictionary. Some examples of the developmental activities, if added in the sentence, could have made it sound better.

By analyzing, evaluating and comparing the results, findings are generated.

The complete sentence says something which is obvious and need not be explained. Anything you do, whether it is analysis, evaluation or comparison, you will have some finding. The sentence would be of a use only if it had additional details of what was analysed and in what form was the finding obtained. Also, I wonder how you generate findings in a report? Perhaps using a software??!

With the help of proper business strategy the company can establish their business.

In simple words, the sentence tells you that you use business strategy to establish business. Why else is it called “business strategy”? This sentence need not be written at all. Try talking more about the idea of establishment and then it may give out a message.

By using effective or proper pricing strategy the company can make proper decision regarding the prices of their products.

How to avoid such silly mistakes that can easily put off your reader and can be disastrous to your image as a writer.  Here are a few tips that you can use to ensure that such logical blunders are avoided in your writing –