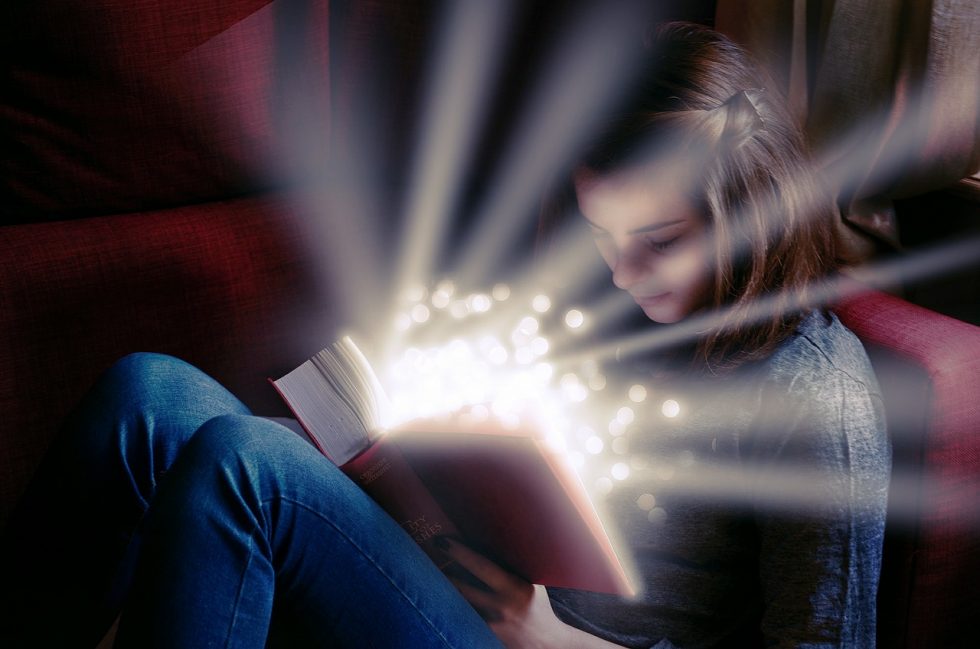 Less is more, more is deep. The deeper you go, so goes your reader.

In simpler words, what I am saying is that writing is deep work. The fewer words you want to use to explain a scene, the deeper knowledge you have of it. If you really need to captivate your reader, what you need is to show her what you see, connect with her emotions, and expose a revelation.

In fiction writing, words have to be beautiful, not in the literal sense but in eternal meaning and this is why literary devices like anadiplosis, merism, Synaesthesia, and polyptoton can add magic to your writing. The more difficult as they sound, the easier they are to use and the impact is far more liberating both for you and your reader.

Famous authors, like artists, have used these twisted forms of prose in their works to create an aura that enthralled you for long. But until now, you may not know their secrets. While one secret is years and years of practice, another is the use of literary devices that in simple ways can add verve to your sentences and hypnotize the reader who half knows what is said, what is used, and why that oddness is actually impressive.

These words from the movie Gladiator never fail to buzz in your head the moment you hear them. Aren’t they simple in construction? Ans yet, why they are magical? If you have not already noticed, every new sentence in the dialogue above starts with a word that the previous sentence ended with.  The first sentence ends at “slave”, second starts with “the slave”. The second sentence ends with “gladiator” and the third starts with “the gladiator”. This formation in terms of literature is called Anadiplosis.

English literature is filled with such charming constructions with different proportions of magic liberated from each. Polyptoton is another such wordplay that is used by Shakespeare several times in his works.

“Let me not to the marriage of true minds. Admit impediments. Love is not love which alters when it alteration finds, or bends the remover to remove.”

Now, carefully observe the words “alters”, “alteration”, “remover” and “remove”. Did you find anything striking? It is yet another rhetorical trick in which we use the same word more than once in a sentence but as different parts of speech. Alter is first used as a verb and then, as a noun. Remover is first used as a noun and then a verb. Such a repetitive use of the same words as different parts of speech is called Polyptoton.

Let us look at another very interesting literary device but before I tell you its name, see what it does.

“The smell, you know that gasoline smell, the whole hill. Smelled like…victory” is a dialogue from Apocalypse.

Have you noticed the words ‘Smelled like…victory’? While the word that is used for things that actually invoke the sense of smell such as gasoline, the word ‘smell’ is also used with the victory here. It may not be a surprise for you now because you may already have heard it before and even similar other sentences. The trick that is used here is – describing one sense in terms of another creates harmony. The feeling of victory is not sensed through smell and yet it is used in the sentence to shake your regular mental perceptions and thus, make you feel elated. Such construction is called Synaesthesia.

I would now go to another rhetoric device which is actually very simple and yet really magical.

“Cannon to right of them,

Cannon to left of them,

Cannon in front of them…”

Did you understand the trick? Words are put only for the sake of words with no real need. It’s a redundancy added so the scene looks livelier and the words sound more perceptible. This reinforcement of the same nouns in one sentence is called Merism.

And last but not the least, I present one of the most elusive tricks of rhetoric.

“Work out your salvation with fear and trembling” – any guess on what rhetorical principle is this sentence based on?

First, you take a noun and an adjective. Now, change the adjective to noun.

The words – take the adjective fearful and noun trembling. Ideally, you would use them like this – “fearful trembling” but now, the writer has switched the application of fearful which was an adjective and converted it into a noun “fear”. So, now, both are used as nouns “fear” and “trembling”.

With this kind of wordplay, one simple sentence can become two straight commands.

This type of rhetoric trick is not just tricky in its construction but also in its name which is hard to remember – Hendiadys.

Do these rhetoric devices actually create an effect you intend to create? Should you rack your brain to learn and remember these simple and yet tricky tricks? If you are wondering what part they may play in your journey as a writer, here I present two paragraphs describing the same scene but one in a simpler way and the other using the rhetoric devices discussed till now.

“Since a boy, he would angry fast which got him into trouble. And now, all these troubles are ending as he dying, ” said Alicia, looking at Rocher, who was bedridden and fading for he was beaten by rod and stone for long before he surrendered.

“He looks like he is going to die soon. How long will he survive? Did you ask the doctor?” asked Midget, her best friend who was not troubled but happy for his death because though, he was her best friend’s husband, he treated Alicia very badly.

“I will check with the doctor” Alicia was shocked, but not much, as she was, by now, used to getting such troubling surprises from Rocher every month since their marriage. The only thing that was new was his death which was to come for sure this time.

Now, let us add some rhetoric magic to this –

“Since a boy, he was angry. His anger got him into trouble. And his troubles never ended. The end is now near. As near as it can get, ” said Alicia, looking at Rocher who was bedridden, almost on his death bed. He was beaten by rod. He was beaten with stone. He was beaten everywhere for long before he surrendered.

“He smells like death. How long will he survive? Did you ask the doctor?” asked Midget, her best friend who seemed not troubled but charmed by the possibility of his death because. Though he was her best friend’s husband but she did not deserve to be treated the way he treated her.

“I will go and ask the doctor” Alicia was shocked. But the shock was nothing new. New was only his assured death. Almost every month after their marriage, Rocher would give her surprise and trouble.

Which version did you like? Well, even if you liked the earlier version, can you see the vast difference the two paragraphs can have on the reader?