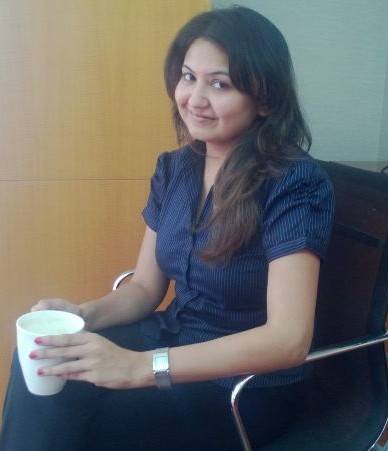 Niyati Rokani : Getting the right connect

The world of HR is going through a very interesting phase.

Simply put, HR or Human Resource is a practice of managing people. But when it is commercialized, managers lose people-sense and start focussing on processes and other materialistic things like compensation, taxes, and performance metrics.

And this is exactly what makes Niyati Rokani stand apart among the populated world of HR Managers today. She has managed to keep her people-sense intact despite corporate pressures.

When Niyati Rokani studied HR as a subject, she was very excited for she was a people’s-person and thought the profile would suit her well. But when she stepped into the actual corporate world as an HR Executive for a real-estate firm, she was in for a shock. She found all her studies on people management and psychology redundant. But she managed to keep her humane tendency of understanding people alive despite the commercialized culture of HR practices today. She was socializing beyond duties. She was not just interested in getting a person placed in some company so she could get her incentives, but she was keen to understand the real requirements of companies as well as of candidates so that she could find the best fits. In a very short span of time, she had started to solve problems of the clients she dealt with and had started to connect with job-seekers as well as job-creators at all levels.

How did she start?

Despite everything going right for her, she felt something missing. Her people-oriented mind wanted freedom and wanted to practice her own styles of work. And thus an entrepreneurial idea took shape in her mind. When she shared her thoughts with her entrepreneur brother, he welcomed her idea and gave his commitment to support her. After all, he was her confidante too.

She knew that it’s not going to be easy to break-in because there were many HR consultants competing to get their hands on placement deals. But she was confident to succeed because of the differentiating factors that she was going to add to her business. She had decided to work for clients only from the real estate sector as she had strong relationships in the field and thus, could get the best fits together. She made sure that she took limited projects as per the capacities of her business resources so that she could give full justice and attention to work-in-hand. While she understood the importance of money, she was passionate about her work and did not compromise with the quality of work. A simple organization!

Niyati Rokani became an entrepreneur in January 2014 with the launch of Beyond Sourcing.

In the beginning, she faced regular challenges like any start-up does but that didn’t slow her down. Keeping professionalism on priority, she registered her company from the beginning itself, unlike others who wait to get big first before getting their business on paper. She set up an office with IT systems and working procedures in place.

A challenge before her was to be organized from the start. Being a solo-player, she had to do multiple things including maintaining customer records, documenting their needs, coordinating interviews, taking feedbacks, monitoring the office, managing accounts, documentation, securing IT and marketing services.

The list was long for her to handle individually so she outsourced some tasks like digital marketing and IT management to others but kept the core of business to herself. However, direct marketing was one area she managed herself, despite it not being an element of HR, for she knew her business would run on Word-of-Mouth marketing. Her social skills played a major role in that. As Niyati says, “If you have good relationships with people in an industry, you can always get ahead”. However, she still faced challenges when dealing with prospects as she was young and thus, treated as a novice by senior managers. But with time, her professionalism clarified their doubts and they understood that she knew her work too well to doubt her skills in HR.

To organize herself on other aspects, she had her trusted systems in place that were strategically used by her. Her system consisted of simple tools like a daily diary, post-it reminders, calendars, phone applications, and email systems. Although simple, these helped her to stay well-organized without any overlaps or conflicts of time or processes. She would never delay a call, an interview or would forget to send a resume to the employer on time. All the time-consuming formalities in the HR practice would go smooth and as per schedule as she would keep things in check.

In a short span, she has managed to reach the top of her game and wishes to stay there.

Companies in India have understood the importance of hiring the right employees and keeping them satisfied so that their productivity and loyalty are at their best. Therefore they have started creating an in-house HR department or outsourcing it. HR being a rewarding profession has seen a revolution. As a result,  many new players are joining the landscape of recruitment and staffing solutions. The market is majorly dominated by private players as there are no public organizations that have yet entered the arena.

In recent times, there have been several mergers and acquisitions between consultants from other countries and Indian organizations that have resulted in the evolution of huge conglomerates like ABC Consultants, Adecco, AON Hewitt, CareerNet, Global InnovSource, IKYA Human capital, Kelly Services, ManpowerGroup, Randstad, and TeamLease.

Despite the free entry of foreign players in the market, the domestic players still have a stronghold on the market and the industry is witnessing revolutionary practices with these domestic companies using innovation as their differentiating tools. The use of SOCOMO, an abbreviation for social media, cloud, and mobile technologies is driving the growth of HR as highly customized services are being offered even by small players.

The outlook for the sector is positive and is expected to remain so even in the future. It will see more players coming up with newer and innovative technology-based services for managing people, performance, and talent retention.