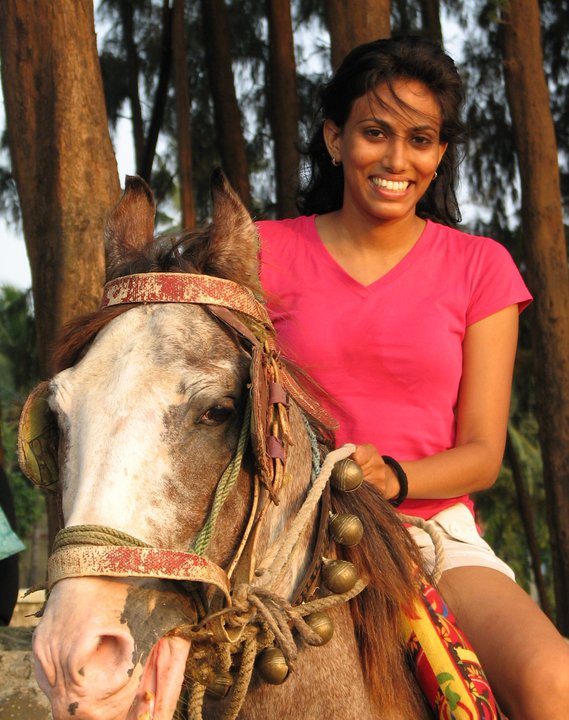 She gives you the comfort of not carrying any prejudice when she meets you for the first time, of no expectations to treat her as special, or to carry the burden of initiation. Her smile is as sweet and natural as that of a child yet she has a strong personality carrying principles. She is a true representation of a real woman and not someone articulated or masked by society.

As a young girl, Mrinalika Joseph was brought up in a gender-neutral family with a brother who was more like a friend. Her male friends treated her as an equal as she could give competition to any of them in sports. Riding bikes, adventure, and sports came naturally to her.  This environment of equality shaped her life and helped her keep the focus on her goals in life without worrying about any limitations. 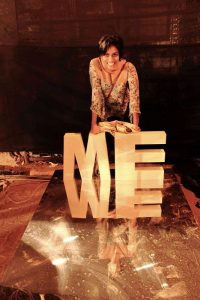 Mrinalika saw a different world when she stepped into Media, to direct and make documentaries. This world was dominated by the male ego. It was a world where men did not believe women as equally competent and she was scanned with doubtful eyes.

When she became a Director and started meeting clients and directing the working teams, she came across men who had biases and reservations even before meeting her. When she would enter a media office as a Director, there would be eyes glaring at her with unwelcoming questions in them like “Why is she here?”,”How has she managed to be here?”,”Does she really deserves to be a Director?”.

Some men came up with plans to toss her down and some had fury that hinted at non-cooperation. These people had already made decisions about her incapacities without actually seeing her work. There were times, she ended up working with men who would not cooperate and tried to make her feel filthy, unattended, and invisible. Their insecurity was visible as they aimed at breaking her spirits but Mrinalika, being a woman of actions, self-belief, and strength, cared least about them and kept her focus on work. She would not fight but make friends with those who understood her over time and ignore those who would not cooperate even a bit. Mrinalika wasn’t bogged down by these preconceptions and focussed on her work. She forayed ahead confidently as a Director. Her work spoke for her as she moved ahead toward her achievements.

Mrinalika spent (years) in different jobs. She directed many documentaries on projects for major organizations including National Geographic and Discovery while she worked with the Times Now Group. Even though she carried a long experience into the field and was climbing her ladder of growth,  there were certain things that upset her and always made her uncomfortable in her creative career.

She was a person of a free spirit who gave her best to her work to bring out the truths of stories she covered. But while she worked for various News channels, she did not have the freedom to bring out the truth as these channels feared political or societal forces. Moreover, their focus was more on getting TRPs and boosting income than putting the spotlight on the realities that people needed to know. Several stories were fabricated, facts were hidden, and the industry was commercially and politically driven.

Mrinalika was a person with a conscience who wanted to help society by showing what people needed to know and bringing out stories that deserved attention. She wanted to work not for popularity or huge chunks of money but for herself and for people. That’s when she got together with her friend who had excellent command over editing and knew shooting well, to form an organization that made documentaries on social issues and for businesses. 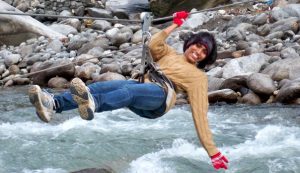 Mrinalika launched her company in (years) with the (name). Her business model was simple. She would work with corporate clients and with communities or individuals who would be willing to sponsor a documentary of social or environmental value. With corporate clients, she would submit a proposal for making documentaries that suit their requirements and the documentaries would be made to promote the brand through a connected story.

In the case of social documentaries, her team would be on a regular search for stories that needed the attention of society and would come up with ideas to convert these ideas into movies. These ideas would be documented in the forms of proposals that included details of social concerns, coverage, activities, stories, and budget. These proposals would be sent to potential sponsors and when enough funding was received, the work would begin. She would take necessary approvals for locations to cover, hire actors for movies and acquire the necessary equipment for recordings.

Although her clientele mostly consists of corporate interests in promoting their brands, social documentaries are what she is more passionate about. In her documentaries, she would cover her topics of interest without limitations and would bring the truth out. Myths and Facts of History was one such documentary that was produced by Mrinalika to explore the idea of religion that took shape in India after Independence. The documentary flashes some logical truths of the country and religion.  It shows that before the British,  the division among people was only regional and not religious. It was only after the British enforced divide that region became such a prominent measure of differentiation. Some more areas of social concerns that she has covered in her documentaries include child mental health, fair trade shops, malnutrition in tribals, and the Right to Information Act.

But considering the challenges in getting the right sponsors and limitations on revenues from social documentaries, she expanded her business into other areas such as web designing and ad-making to keep the revenue flow intact. She with her business partner could manage this diversification smoothly.

Mrinalika and her partner make a perfect pair with a blend of all the skills necessary for making documentaries including camera, direction, scripting, actor selection, role assignment, direction, shooting, editing, mixing, copywriting, and account management. This partnership has allowed them to cover small-scale projects with the least expenses as well as bigger projects that call for outsourcing parts of their work as per the delivery and quality demands of their clients.

They have managed to live up to clients’ expectations to date and will continue to do so in the future too. Amen!

The world of documentary films has been virtually monopolized by the Indian Government since India’s independence.  Two of its major media units, Films Division and Central Board for Film Certification,  were involved in documentary making from finance to production and distribution. However, there were still some documentaries outside the close circuit of government and did not receive government funding. They relied self-potential on or public sponsors. The emergence of such documentaries introduced a new concept called “Independent Political Documentaries” that brought new perspectives to society. The first IPD was produced in 1975 by the filmmaker, Anand Patwardhan, who made a film on student protests against the suspension of civil liberties in the Emergency Era.

IPD thereafter remained restricted until the 1990s till inexpensive technologies such as digital camcorders and 16mm film cameras were introduced in the market. This encouraged many film- enthusiasts to make documentaries that brought alternate perspectives to society. Though, they still struggled because of escalating production costs, lack of funding and low audience turnout. Film Division too gave them a tough competition with over 8000 documentaries in their kitty.

It is only recently that the country has seen a surge in documentary making and growing public interest in them. Documentaries today are a mix of public and commercial interests that allow producers to remain competitive and self-sufficient and at the same time produce documentaries that make a difference. Brands too are using them for promotions by telling stories that interest general public. So, finally, the documentary filmmakers have created a niche market for themselves, which was long overdue to them..