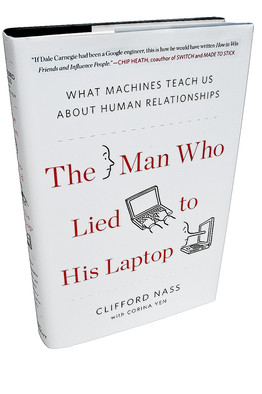 Book Column: The man who lied to his Computer by Clifford Nass

Book Title: The Man who lied to his computer 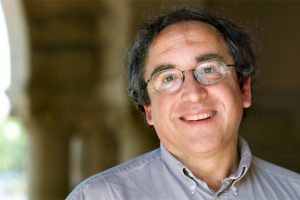 When you work with people, you can usually tell whether things are going smoothly or are falling apart. It’s much harder to figure out why things are going wrong and how to improve them. People seem too complex for you to consistently make them happier or more cooperative. But Clifford discovered something otherwise – the social world is much less complicated than it appears.

In fact, interactions between people are governed by simple rules and patterns. In his book, he presents scientifically grounded findings on how to praise and criticize, how to work with different types of people, how to form teams, how to manage emotions, and how to persuade others.

Clifford was a professor to many departments – Communication, Computer Science, Education, Science, Technology, society, sociology, symbolic systems. As an industry consultant, he worked at the intersection of social science and technology. His researches at Stanford University and his collaborations with corporate teams have originally been focused on making computers and other technologies easier, more effective, and more pleasant for people to use.

Clifford didn’t know that he would be thrust into the world of successful human relationships until he encountered 3 peculiar problems: An obnoxious paperclip, a suspicious auditor, and an untrustworthy navigator.

In 1998, Microsoft asked him to provide evidence that it was possible to improve one of the worst software designs in computer history: Clippy, the animated paperclip in Microsoft Office. While he has often been asked by companies to make their interface easier to use, he had a real challenge on his hands with Clippy.

The mere mention of Clippy to computer users brought on levels of hatred usually reserved for jilted lovers and mortal enemies. There were “I hate Clippy” websites, videos, and T-shirts in numerous languages.

One might think that the hostility towards Clippy emerged because grownups don’t like animated characters. But popular culture demonstrates that adults can indeed have rich relationships with cartoons. For many years, licensing for the animated California Raisins yielded higher revenues than the actual raisin industry. The campaign succeeded in fact helped motivate Microsoft to deploy Clippy in first place. Similarly, Homer Simpsons, Fred Flintstone, and Bugs Bunny, all have name recognition. And have star power equivalent to most human celebrities.

What about Clippy? What aroused such animosity in people?

Clifford was asked by a Market Analyst firm asked him to explain why employees at some companies had started reporting dramatic increases in the approval ratings of all the software applications they were using. He started his investigation by comparing the newly satisfied users with those who had experienced no change in satisfaction.

He found that the people in the satisfied and dissatisfied companies were relatively uniform with regard to their industries, the categories of software they worked with and the technical skill levels of the employees. The only difference that he found was that the companies that had started reporting higher approval ratings had changed their procedure for obtaining the evaluation.

Formally, all of the companies have people evaluate software on a separate “evaluation computer”. Later, some companies changed that procedure and had their employees evaluate the software on the same computer that they normally worked with. Those companies subsequently reported higher approval ratings.

Why would people give software higher ratings on one computer as compared to another identical computer?

The navigation system of BMW used in its 5 series car in Germany was arguably well ahead of other companies in terms of accuracy and functionality yet BMW was forced to recall the product. What was the problem?

It turned out that the system had a female voice and male German drivers refused to take directions from women.

One insight that solved them all!

While these 3 dilemmas existed in vastly different products, industries, and domains, one critical insight allowed him to address all of them. He was sitting in a Hotel room flipping through television channels when he saw Shari Lewis, the great puppeteer. She caught his attention for three reasons:

In her childlike “Lamb Choppy” voice, Lamb Choppy said, “Violence on television is very bad for children. It should be regulated”. The representative then asked, “Do you agree with Lamb Chop, Miss Lewis?” It took the gallery 1.6 seconds to laugh, the other congressmen 3.5 seconds to laugh and the congressmen who asked the question on excruciating 7.4 seconds to realize the foolishness of his question.

Cliffton observed that given the slightest encouragement people will treat a sock-like person – in socially appropriate ways. He decided to apply this understanding to the Clippy problem. He started with people’s despised Clippy. He wondered “If you think about people’s interaction with Clippy’s a social relationship, how would you access Clippy’s behavior?”

Clippy was utterly clueless and oblivious to the appropriate ways to treat people. Every time a user typed “Dear…” Clippy would dutifully propose, “I see you are writing a letter. Would you like some help?” – No matter how many times the user had rejected this offer in the past. Clippy would give unhelpful answers to questions, and when the user rephrased the question, Clippy would give the same unhelpful answer. No matter how long the users worked with Clippy, it would never remember their names or preferences. In fact, it suggested to them that it was not at all interested in knowing them. If you think Clippy as a person, obviously he would evoke hatred and scorn in you.

Now was the time to find a solution to stop Clippy’s annoying behavior. Cliffton went through the social science literature to find the simple tactics that unpopular people used to make friends and found a great strategy: Scapegoat which helped him in designing a new version of Clippy.

After every suggestion the new Clippy asked, it would ask “Was it helpful?” and then preset buttons for “yes” and “no”. If the user clicked “no”, Clippy would say, “That gets me really angry! Let’s tell Microsoft how bad their help system is”. He would then pop up an email to be sent to “Manager, Microsoft Support”, with the subject, “Your help system needs work!” After giving the user a couple of minutes to type a complaint, Clippy would say, “C’mon! You can be tougher than that. Let ‘em have it!”

The new system was shown to 25 computer users and the results were unanimous – people fell in love with the new Clippy! And they said “Clippy is awesome!”, “He’s so supportive!” and “I wish all software were like this!”

Without any fundamental change in the software, the right social strategy rescued Clippy from the list of Most Hated Software of All Time; creating a Scapegoat bonded Clippy and the user against a common enemy – Microsoft. The solution was not a technological one but a social one.

Think of a social situation – If you just had worked with someone and the person asked “How did I do?” the polite thing to do would be to exaggerate the positive and downplay the negative. Meanwhile, if someone else asked you how that person did, you would be more honest.

The same principle was observed in the case of software ratings in the analyst firm. The higher ratings of the software were received when it was evaluated on the same computer they worked with. They had the desire to be polite to their computer but their perception of the second computer as a neutral party. Did users feel a social pull when evaluating the computer they had worked with, hiding their true feelings and saying nicer things in order to avoid “Hurting the computer’s feelings”?

To answer this question, Cliffton designed a study – People were asked to work with a computer for 30 minutes and then asked a series of questions concerning their feelings about the software. One group of users answered the questions on the computer they worked with while others were given a separate computer.

The result was surprising! Users entered more positive responses on the computer that asked about itself than they did on a separate “objective” computer. They gave different responses as they unconsciously felt that they had to be polite to the computer they were evaluating!

What about BMW’s problem with its “female” navigation system? Could stereotypes be so powerful that people could apply them to technology? Cliffton performed another experiment.

He invited 40 people to his laboratory to work with computers to learn about 2 subjects – Love and relationship (stereotypically female subject) and physics (stereotypically male subject). Half of the participants hear a female voice while the other half heard a male voice. After being tutored for about 20 minutes, the participants were given a questionnaire that asked about how they felt about tutoring on two subjects.

People’s tendencies with regard to scapegoating, politeness, and gendered stereotypes are just a few of the special behaviors that appear in full force when people interact with technology. Hundreds of more studies were conducted by Cliffton to show that people treat computers as they are real people.

Technologies have become more likable, persuasive, and compelling by ensuring that they behave the way people are supposed to behave. The language of human behaviors has entered the design vocabulary of software and hardware companies around the world.

“Computers are Social actors” approach has proven to be very effective but it only works if the Engineers and designers know the appropriate rules. What can designers do when they don’t know the relevant rules?

There are 3 very common strategies that they use –

First, Use of common proverbs such as “absence makes the heart grow fonder”, “out of sight is out of mind” etc. Of course, each proverb could be good advice in a particular situation but sayings do not come with instruction manuals explaining when they should be applied. Thus, this approach is definitely not effective.

Second, reflect on past experiences, i.e. to learn from experiences through trial and error methods. However, in design, we do not have time to err and time like we do in life. Hence, this approach is flawed.

Third, learn from example, which Cliffton realized was ineffective by using it as a teenager. In his teens, a suave boy won the most beautiful girl of the class by drawing a picture on her sidewalk:

When she came out and the boy pointed towards the picture, she was enthralled! 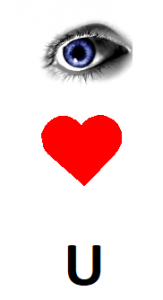 Cliffton replicated the strategy for a girl with another picture replacing “U” with “awe” to impress her more: 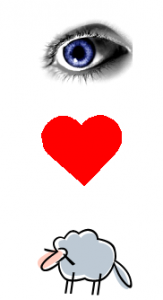 When the girl came out and saw him and the picture he made, she ran back into her house screaming! She had concluded that Cliffton either wanted to alert her to his love for sheep pr to cut out the eyes and heart of one in a bizarre ritual of devotion to her.

Imitating a charismatic person is difficult, even if you try to innovate as the result can backfire as in the case of Cliffton.

Above all these limitations for the three strategies, Cliffton came up with a foolproof strategy: Science of discovering effective social rules. He says that one can resolve a social debate by turning to relevant psychological, sociological, communication, or anthropological findings.

The book further discusses many social rules by simplifying them such that they can be applied to technologies.

Tagged: book columnClifford nassthe man who lied to his laptop 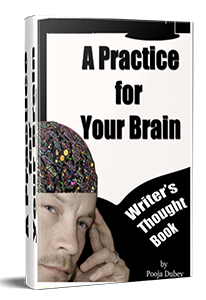